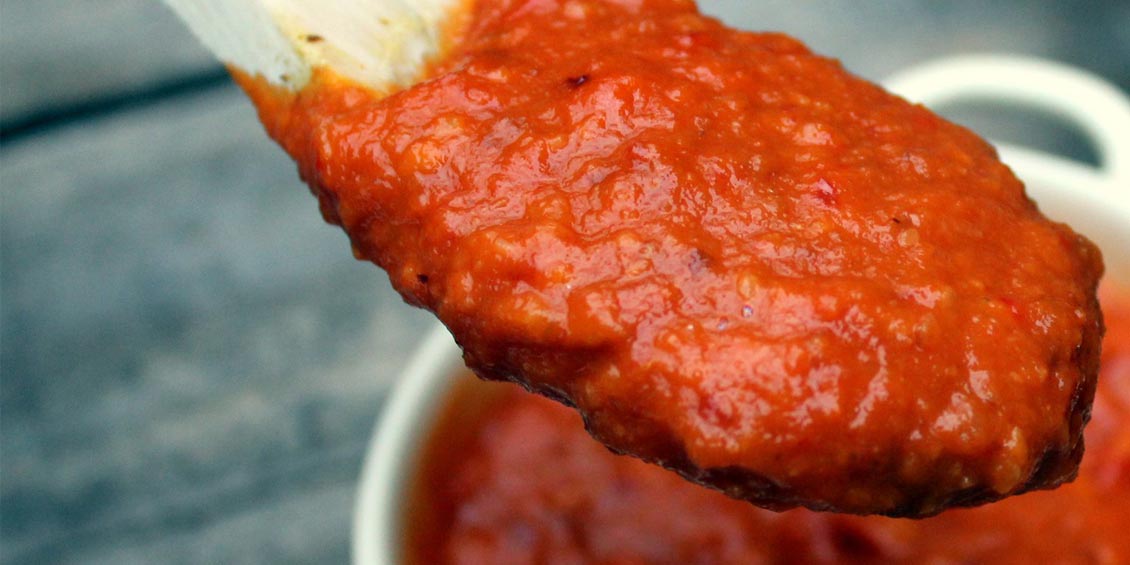 This time, we are going to talk about a typically Catalan product: Romesco sauce. It is a popular sauce that probably has its origin in the Serrallo fisherman’s district, in Tarragona. Although nobody knows for sure when it was first made, for obvious reasons, it is clear that it was after the widespread introduction of products from America, such as tomato and peppers, into Catalan households. Therefore, it is calculated that its origin dates back to the 18th century.

It is one of those recipes that varies in each home, but the ingredients that are normally found in Romesco are almonds and hazelnuts, baked tomato, salt, baked and raw garlic, olive oil, vinegar and chilli pepper. Often, local nyora peppers and fried bread are added, as well as aromatic herbs (fennel or mint), depending on what it is to be served with. There are other similar Catalan sauces, such as xató or salvitxada.

Romesco goes well with meat, fish and vegetables, therefore it is a good ally to add the finishing touch to your dishes. At El Racó, you can try it in one of our most original proposals, La Xata pizza!

Buffalo mozzarella, much more than just a cheese for pizza
21 août, 2017